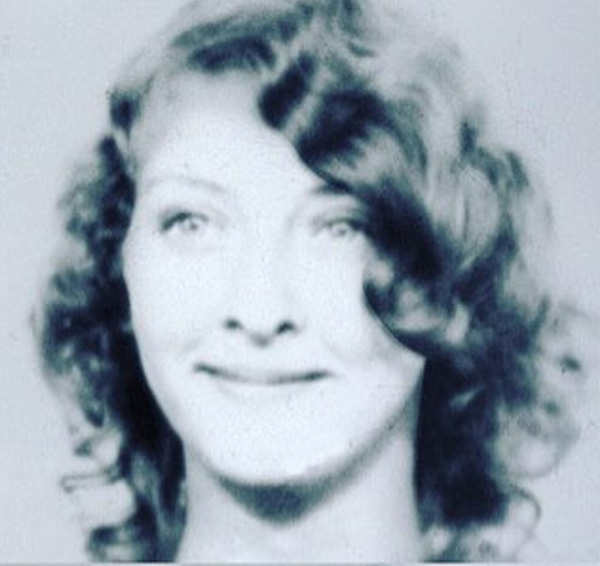 Ella Jo Bailey was born in Omaha Nebraska on January 15, 1947. Not much is known or written about Ella Jo’s childhood, upbringing or parents, however, photos show her in a Holland Michigan high school yearbook in 1965. She passed away of natural causes on September 14, 2015 in Florida at the age of 68.

After graduating high school Ella Jo moved to San Francisco’s Haight-Ashbury district where she was said to be a roommate with Susan Atkins when they both met Charles Manson and his few followers at the time who were Mary Brunner, Lynette Fromme and Patricia Krenwinkel. Like most young teenage-adults at the time, they both became fascinated with Manson and his then family of four and decided to join them eventually winding up at Spahn Ranch.

Ella Joe has been significant in the Story of Charles Manson since she was one of two family girls who met and lured-in Beach Boy drummer Dennis Wilson while hitchhiking in Malibu. The first time Wilson encountered her he picked up Ella and Patricia Krenwinkel and took them to their destination. However, a month later Wilson saw them a second time, taking them to his home at 14400 Sunset Boulevard, near Will Rogers Park, where he eventually met Charles Manson, and a small clan of young woman. The meeting led to a long relationship with the family as Wilson allowed them to live at his home for months. The clan milked the then Super Star for about $100,000 in food, drugs, cars and cash over the period until Wilson through them all out.

It was this initial meeting though that was the beginning of many future events of significance, such as the introduction to record producer Terry Melcher, the home at 10050 Cielo Drive, and the entire murder spree. Ella Jo was also the main reason that Manson and his followers killed Gary Hinman, as it was Ella’s suggestion that Hinman had recently won money from a scratch-off lottery ticket that led to his robbery and murder thereafter; she fled the Family and Spahn Ranch out of sheer guilt when she found out about the murder the next day, July 28, 1969; she had suggested they potentially shake him up for some cash, but she did not realize it would lead to his death.

On May 15, 1970, Ella Jo was interviewed by LA Sheriffs for her knowledge about the Hinman murder and agreed to testify and was a key prosecution witness in the second murder trial of Manson, when he was charged with the July 27, 1969 murder of Hinman and the alleged slaying of stuntman Donald Shea.

She lived a relatively quiet and private life afterwards until she passed away from cancer in 2015.