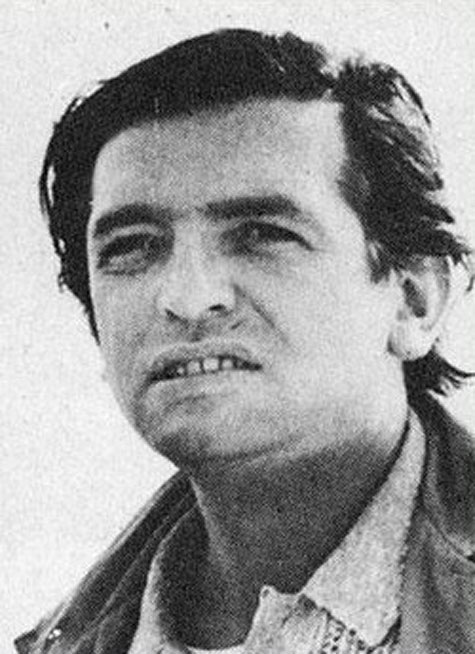 Wojciech Frykowski was a Polish born writer and one of the victims of the Tate/LaBianca murders of 1969.  He was a very close friend of movie director Roman Polanski and appeared in and financed one of Polanski’s early short films, Mammals in 1962 as a thief. He came from Poland to the United States in the hope of furthering his writing career.

Wojciech Frykowski was involved in a relationship with coffee heiress Abigail Folger. Folger was a close friend of Polanski’s wife, actress Sharon Tate. Frykowski and Folger stayed with Tate, who was eight months pregnant, while Polanski was in Europe working on a film called Day of the Dolphin. Manson Family members Tex Watson, Susan Atkins and Patricia Krenwinkel murdered Frykowski and Folger, along with Tate, Jay Sebring and Steven Parent at Tate’s home at 10050 Cielo Drive.

The early life of Wojciech Frykowski

Wojciech Frykowski was born in Poland on December 22, 1936. His father Jan Frykowski was a small textile printer who fought with authorities to remain in control of his business after World War II. Wojciech graduated from school with a degree in chemistry. However he chose to spend his time hanging around filmmakers. He met Roman Polanski at a school dance. Polanski was working the door and refused to let him in because Frykowski was a known troublemaker. According to Polanski, the altercation almost resulted in a fistfight. Some weeks later they met again, this time at a local bar. Wojciech bought Roman a drink and the two instantly became friends.

Frykowski was an exceptional swimmer and worked as a lifeguard on Polanski’s first feature film, “Knife In The Water.” In Roman’s own memoirs he told stories of wild nights out at the bar with Wojciech. One of which included a brawl where Frykowski struck a man twice with a chair.

“Beneath his tough exterior, Wojciech Frykowski was good-natured, softhearted to the point of sentimentality, and utterly loyal.” – Roman Polanski

Frykowski married twice and had a son, Bartek. Additionally, one of his marriages was to the famous polish writer Agneski Osiecka.

Wojciech left Poland in 1967 and after spending some time in Paris he moved to the United States. In New York, Polish author Jerzy Kosinski introduced him to Abigail Folger. Wojciech couldn’t really speak English but both he and Folger were fluent in French. For months the two lived together in New York and then decided to move out west.

In August 1968 the couple drove to California where they took residence at 2774 Woodstock Road, across the street from Mama Cass in the Hollywood hills. While Abigail tutored him in English Wojciech kept a diary where he would take notes on American customs. He seemed to want to become a writer like Kosinski and began writing poetry. He had a brief job with Paramount as a set constructor but was unhappy with the work and quit.

On April 1, 1969, Wojciech and Abigail moved into Roman and Sharon’s Benedict Canyon home to housesit while Polanski and Tate were working abroad. When Sharon came back from Italy Roman asked Wojciech if he and Abigail would stick around until he came back from England in August.

By August, neither Wojciech nor Abigail seemed happy with one-another. They fought constantly and started using drugs more frequently. Nonetheless, they stayed together and spent their summer hosting several parties at the Cielo Drive house. Friends introduced Wojciech to a group of Canadian drug dealers and allegedly agreed to traffic their drugs into Los Angeles. Some believe there was a connection between him and the Manson family. Additionally, author Tom O’Neill made new discoveries related to Frykowski and the Canadian drug dealers in his 2019 book Chaos: Charles Manson, the CIA, and the Secret History of the Sixties.

On August 8, 1969, Wojciech and Abigail joined Sharon Tate and Jay Sebring for dinner at El Coyote. Later, the four returned back to the Cielo Drive estate. Wojciech fell asleep on the living room couch, Abigail retired to her bedroom to read, while Jay and Sharon talked in her bedroom. Shortly after midnight Wojciech woke to the voice of Tex Watson. Frykowski, barely awake, asked him what time it was and Watson kicked him in the head. Even more confused, Wojciech inquired, “Who are you?” Watson answered, “I’m the devil and I’m here to do the devil’s business.” At knife and gunpoint, the Manson girls rounded everyone up and brought them into the living room.

Watson ordered Susan Atkins to tie Wojciech’s hands with a towel. When it became clear the intruders intended on killing everyone in the house Wojciech freed his hands and struggled with Susan Atkins. Rolling around on the floor together Atkins managed to stab him in the legs four times. Losing the battle, Susan called for help. Watson tackled Frykowski and beat him over the head with the butt end of the .22 Buntline revolver. Wojciech made his way outside. He screamed for help as Tex shot him, but finally succumbed when Watson continued to stab him on the front lawn. Watson shot Frykowski twice and struck him over the head thirteen times with a blunt object. Frykowski’s autopsy shows fifty-one stab wounds. Subsequently Frykowski’s ashes were buried in the St Josef Cemetery in Lodz, Poland.

Discuss this topic in the new Wojciech Frykowski forum.