Jay Sebring was a victim of the Tate/LaBianca murders 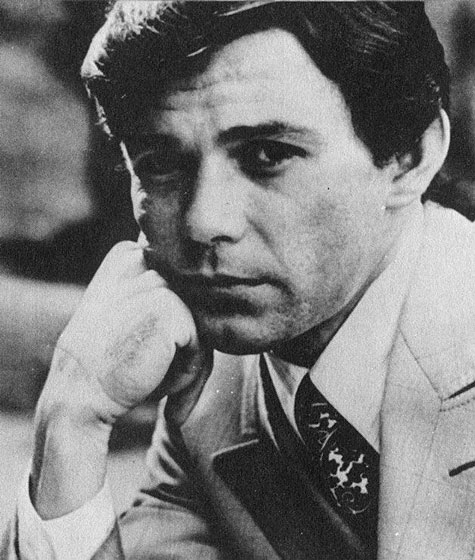 On August 9, 1969, Jay Sebring was murdered by Charles “Tex” Watson

Jay Sebring was born Thomas John Kummer on October 10, 1933 in Alabama. His parents were accountant Bernerd Kummer and wife Margarette. Jay grew up with four brothers and sisters in a middle-class family outside of Detroit, Michigan.

After high school Jay joined the Navy and went off to serve in the Korean War. Learning much during the war, cutting hair would be a skill that served him very well in life.

After serving 4 years in the Navy, Jay moved to Los Angeles where he changed his name to Jay Sebring. Jay, after the first initial of his middle name, and Sebring after the famous Florida raceway.

In Los Angeles, Jay’s style of cutting hair started the male hair care revolution. He opened the first male hair salon in America and quickly became a celebrity. His clients were big names such as Warren Beatty and Steve McQueen. After Kirk Douglas’ request, Jay did the hair styling for the movie Spartacus. In October 1960 Jay married model Cami – a union which ended in August of 1963.

Jay took martial arts lessons from Bruce Lee in 1964. Jay then handed a tape of Bruce over to producer William Dosier (Batman), who signed Bruce on to the show Green Hornet – which set off Bruce’s career.

In October of 1964, Jay met Sharon Tate at a party. She was at the time an up-and-coming actress. They hit it off and soon were inseparable.

Jay soon bought the former home of Jean Harlow on Easton Drive in Benedict Canyon. The house had a dark history, which was the reason Jay bought it. Jean Harlow married MGM producer Paul Bern, then two months later Bern killed himself in the bathroom of the house. Later three more people killed themselves in the house. A maid hung herself. Then a man drowned in the pool, and another man committed suicide.

Once in 1965 while staying home alone in the house, Sharon Tate dreamed she’d awoken to find a man sitting on the bed. She immediately ran out of the bedroom to the top of the stairs only to find a figure at the bottom with his throat slashed and tied with a rope. Tate said in the dream she knew it was either herself or Jay Sebring. Did Sharon Tate dream her and Jay Sebring’s murder?

Jay Sebring in the late 60’s

In March of 1965, Jay and Cami were officially divorced. He then began to talk about marriage with Sharon. While considering his proposal, Sharon went to London to work on “The Fearless Vampire Killers” with director Roman Polanski. Romance blossomed between Tate and Polanski and Sharon broke the news to Jay over the phone. He insisted that he meet Roman to see if he really deserves Sharon. After the meeting, Jay let Sharon go.

Although his personal life was not what he hoped, Jay’s business was skyrocketing. He had salons in West Hollywood, Palm Springs and Las Vegas, and his Hollywood clientele got him acting roles. He was on an episode of Batman planning a character based on himself called Mr. Oceanbring.

In 1968 Sharon married Roman Polanski while Jay watched. His heart was still with Sharon, although they only could be friends. Sharon, Roman, and Jay were all close and Jay was there to hold their marriage together.

In the summer of 1969 Jay opened a new salon in San Francisco, and also started Sebring International, which created hair care products.

On the last day of his life, August 8th, 1969, Jay spent the time with Sharon and her friends, Abigail Folger and Wojciech Frykowski. They went to El Coyote restaurant and had a meal together. Going back to Cielo Drive, Jay and Sharon were having a pleasant conversation on Sharon’s bed when Charles Manson followers Patricia Krenwinkel, Susan Atkins and Charles “Tex” Watson entered the home.

Sebring asked Watson and the others to consider Tate’s advanced pregnancy. Watson shot him, kicked him several times in the face as he lay dying, breaking his nose and eye socket. Watson then stabbed Sebring seven times. He was buried at Holy Sepulchre Cemetery in Southfield, Michigan on Wednesday August 13, 1969.

“… I never bought into the race war theory. I believe Manson had gone up to the house and Manson wanted to sell cocaine and marijuana. He showed Jay and Wojciech the product. They were going to buy some of it, but the two of them beat him up at the gate. The next night, Manson sent the Family up [to kill them].”

Discuss this topic in the new Jay Sebring forum.