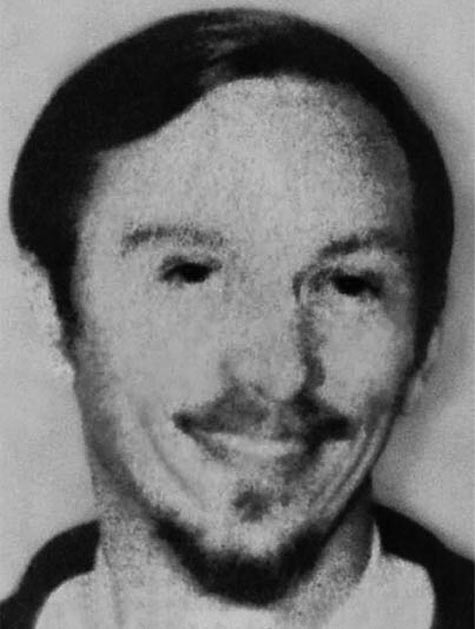 Gary Hinman, born on December 24, 1934 in Colorado and associated with the Manson Family.

Gary Hinman, born on December 24, 1934 in Colorado was associated with the Manson Family. Hinman had been a hippie renaissance figure in the 1960s, had been working on a PhD in Sociology at U.C.L.A., was a political activist, Zen Buddhist devotee, musician, piano teacher, and apparently a drug dealer with a mescaline factory in his basement at 964 Old Topanga Canyon Road.

On July 31st, Gary Hinman was found dead in his home. He had been stabbed twice in the heart and badly slashed across the left side of his face. His house had been ransacked and both of his cars were missing. Scrawled on the wall in Hinman’s blood was “Political Piggy.” The police, with no leads in the case, were resigned to tagging the crime as just another unsolved hippie weirdo murder in Los Angeles.

There is multiple opinions on what the actual motive was in his killing, but the conflict lasted three days during which, Charles Manson and Bruce Davis stopped by and then left ordering the killing of Hinman. Either way, Susan Atkins, Mary Brunner and Bobby Beausoleil were the last to see Hinman alive.

According to Charles Manson, Hinman was killed over money and property that Manson claimed Hinman owed the Family. It also served as the first of a series of murders committed by “The Family” to start “Helter Skelter“, a “war” that Manson had preached to his Family that would happen in the summer of 1969.

On August 5th, the California Highway Patrol found Bobby napping in the rear of Hinman’s Fiat station wagon near San Luis Obispo. Beausoleil told the police that the car had broken down while he was driving to San Francisco. Beausoleil didn’t have a driver’s license—only some false ID and a knife attached to his belt. It was not long before Beausoleil was booked for the murder of Gary Hinman.

Within three days of Beausoleil’s arrest, all the occupants of the Sharon Tate and Labianca homes were brutally slaughtered. Though blood writing on the walls was a common factor at all three murder sites (“Pig” on the Tate wall and “Death to the Pigs” on the La Bianca refrigerator), investigators failed to make the link.

According to Beausoleil, this came as something of a shock to the Manson group who had hoped that the authorities would assume the same killer responsible for all three homicidal sprees, and then release Beausoleil. Having been in jail during the Tate-La Bianca killings, he was therefore not the Hinman killer. This was the “lunatic logic” of the Manson family.

For more than ten years, Beausoleil had proclaimed his innocence in the murder of Gary Hinman. However, in the summer of 1980 he granted journalist Ann Louise Bardach an interview at Tracy Prison. For the first time, Beausoleil admitted his guilt in the murder and related what he claims were the actual events, motives and relationships within the Manson family and a motorcycle gang named the The Straight Satans.

Click here for the entire word for word interview.

Discuss this topic in the new Gary Hinman forum.