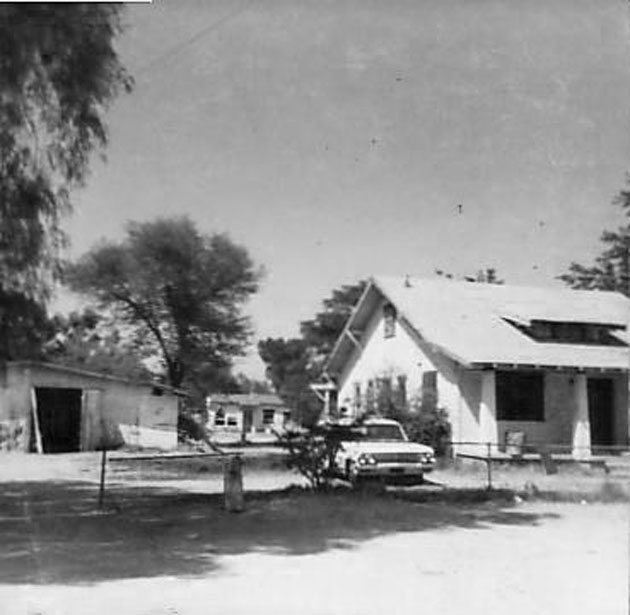 21019 Gresham St, Canoga Park, CA 91304, Manson invoked the name Yellow Submarin”, because of its canary yellow paint, and after a Beatles song that was released in 1966.

In early 1969, Charles Manson rented a house at 21019 Gresham Street, Canoga Park, CA 91304, not far from Spahn Ranch. Manson invoked the name “Yellow Submarine”, because of its canary yellow paint, and after a Beatles song that was released in 1966.

In the first months of 1969, after Manson had delivered the Helter Skelter prophecy around the New Year’s Eve campfire near Death Valley, Manson asked the Family to repair the home which would be used for serious musical rehearsing, so they could be submerged beneath the awareness of the outside world.

While repairing the home, the family occupied the main and small guest house. According to the book “Manson in His Own Words” – Page 166, Charles Manson said:

“Now that it was December, when the high desert where we were living gets cold, a temporary move back into town would be good for all of us. Of course, we still had people at Spahn, mostly girls who spelled each other looking after George. But things at Spahn were too disorganized for us to do any serious rehearsing. Finding a place that would accommodate fifteen or twenty kids wasn’t an easy task. I finally found a house on Gresham Street in Canoga Park. It sat on about an acre of ground, had four bedrooms, two baths, a big kitchen and a large front room that made a great studio for our music sessions. It was only about a thirty-minute drive from Hollywood, and only a few miles from Spahn’s, which was a convenience in itself. Because of its bright yellow paint, we called the place the “Yellow Submarine.” For all the ups and downs we had there, we should have named it Roller-coaster.”

The house was demolished in the early 1970s and was replaced with apartments.