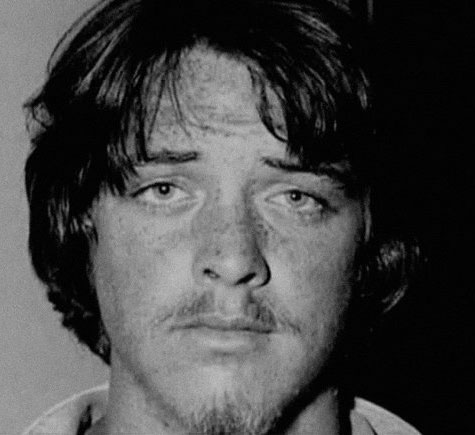 Bobby Beausoleil, born on November 6, 1947, is a former associate of Charles Manson’s circle. Beausoleil is serving a life sentence in Oregon State Penitentiary for the July 1969 murder of Manson associate Gary Hinman.

On August 6, 1969, Robert Beausoleil, a heavily involved member of the Manson family was sleeping in the back seat of a Volkswagon on the side of the road in-front of 946 Old Topanga Canyon Road in Topanga, California. When a California Highway Patrol squad car approached the vehicle the officer stopped and inspected the vehicle observing Beausoleil who was then woken-up and explained that the car had broken down the evening prior. When the officer ran the vehicles registration he discovered that the vehicle was stolen and wanted by Los Angeles police for finger-printing as it reportedly belonged to a man that was murdered in the Los Angeles area.

Beausoleil was immediately taken into custody, questioned and jailed for his possible involvement in the murder of the vehicles’ owner Gary Hinman. The Hinman murder involved the victim being held hostage in his home, for the entire weekend of July 25th, 1969, until finally on Sunday evening, after signing over the pink slips to two of his vehicles, a Volkswagon and a Fiat,  Beausoleil stabbed him twice in the heart. Prior to leaving Beausoleil staged the scene with bizarre writings on the wall written in the victims blood. Although Beausoleil was last to leave, the entire incident involved at least five Manson family members who were: Susan Atkins, Mary Brunner, Beausoleil, Charles Manson and Bruce Davis.

Inside the Hinman home, police found the body of Gary Hinman, and on the wall printed in his blood were the words “Political Piggy” and a bloody paw print; apparently Beausoleil believed this would tie the crime to the Black Panther movement – an African American revolutionary group who were active at the time in Los Angeles.

When word got back to Charlie that Beausoleil was apprehended it is believed that a set of copy-cat crimes would be done and since the Hinman murder involved bloody words written on the walls, that these new crimes would mimic that process so they could be linked to the Hinman murder and thus exonerate Beausoleil who would have been in police custody at the time. This theory has been corroborated by several Manson family members over the years.

“Instantly the atmosphere at Spahn’s tightened even more. We figured it would be only hours before the police came down on us. But, additionally, we all were affected by Charlie’s obsession with getting Bobby out of jail. Bobby had been driven by a need to prove himself as tough as Charlie, and now Charlie was possessed with the need to prove his loyalty to his ‘brother.’ To die for him if necessary. Out of all the confusion and the mass of words, the constant use of drugs, came a vague sort of scheme to try to convince the police that Bobby could not have done the Hinman killing. It was a plan for “copycat murders” that would make the police believe they had the wrong man in jail.”

A series of family members have made similar statements suggesting that the murders had been committed to get Bobby freed from jail.