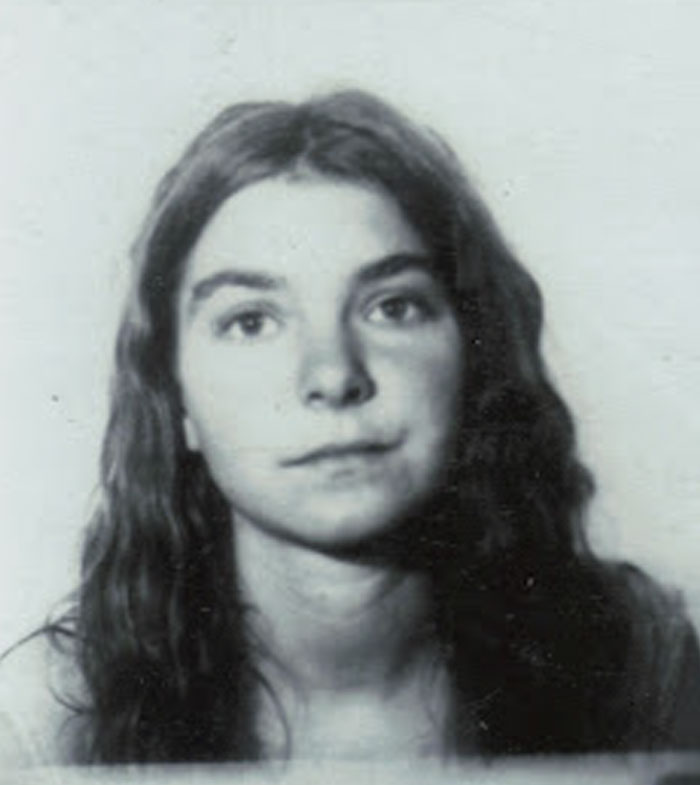 Stephanie Rowe, one of the Witches of Mendocino.

Stephanie Rowe was born to a Jewish family in Los Angeles, California on March 23, 1950. She was one of the Manson Family girls known to hang out with Susan Atkins and Mary Brunner whom were said to be the “Witches of Mendocino”, a name given to a group of girls who were said to be associated with Charles Manson and were allegedly involved in a triple murder in Mendocino County, California in 1968.

Photos and fingerprints of suspects in the Tate-Labianca killings were requested by Ukiah police to probe a possible link to the murders of Clyda Jean Dulaney, 24, wife of a California Highway Patrol Officer, her unborn child and Nancy Warren, 64, the grandmother. The killings were said to be similar to the gruesome Tate-Labianca killings and Sheriff Reno Bartolomie who had been investigating the crimes recognized Susan Atkins on the news.

The raid was initiated after members of the group were reported to have given LSD to a local teen Allen Rosenthal, age 17, and police were called by his mother. Below is an actual excerpt from the arresting officers.

“Shortly after midnight on on June 21, 1968, the resident Deputy Sheriff in Booneville, California, received a report from Mrs. Ruby Rosenthal, of Booneville, requesting a sheriff’s officer be sent to her home. Mrs. Rosenthal said she believed someone had given her son Allen, age 17, some LSD.

“A sheriff’s deputy was sent to the Rosenthal residence and observed Allen to be “shaking, nervous and complaining of seeing things, hallucinations (including that) his legs looked like snakes, and that he saw flashes when he closed his eyes.” Allen advised the sheriff’s officer’s that he had received a blue tablet “about the size of a baby aspirin” from a girl at a “hippie house.”

“The sheriff’s deputies then went to the residence described by Allen Rosenthal and arrested all the occupants. The residence at this time was occupied by five females, three males, and an infant. Among the females was the defendant, Mary Theresa Brunner, and the infant was her son, Michael Manson, aka Michael Smith.

“According to Deputy R.E. Yelm, an unknown person or persons in the house “admitted giving the pill (LSD) to the victim and other parties…but stated that they didn’t have anymore.” A search was made of the house and surrounding buildings. An officer found “in a woodshed next to the house, a small can, approximately 2 inches tall and one inch around, with the pills in the bottom and what appears to be marijuana seeds in a plastic sack…(Also), in another plastic bag, (were) found more pills, small, bluish in color.” The occupants of the house were transported to the Mendocino County Jail.

“At a later time, it was confirmed that the seeds found were indeed marijuana, and that the blue capsules found among the other pills were LSD.”