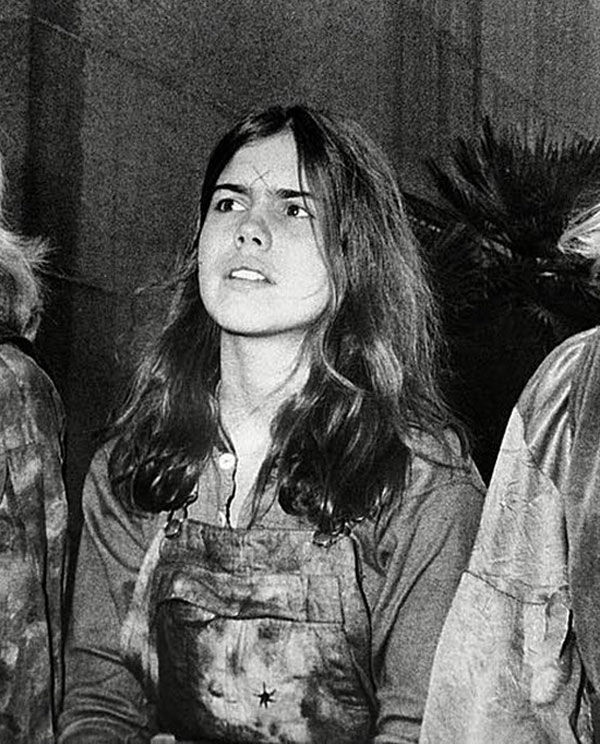 The daughter of a preacher, Ruth Anne Moorehouse lived a quiet life growing up and was just 15 years old when she met Charles Manson.

Ruth Ann Moorehouse was born in Toronto Canada on January 6, 1951. The daughter of a preacher, Ruth lived a quiet life growing up and was just 15 years old when she met Charles Manson. Unfortunately, it was her own father who introduced her to Manson, Mary Brunner and Catherine Share when he, Dean Moorehouse, picked them up hitchhiking and brought them home to preach religious beliefs to them.

Immediately after meeting Ruth, Manson’s eyes were all over her and Charles, likely with little effort, convinced Ruth Ann to leave and join the group on their way down to Southern California. According to prosecutor Vincent Bugliosi’s book, Helter Skelter, her father, Dean Morehouse, went to Spahn Ranch to kill Manson for stealing his daughter but “ended up on his knees worshipping him.”

Ruth stayed with the Family at Spahn Ranch until well after the murders and wound up hiding out with the Family until their arrests at which point she became a regular fixture outside the Los Angeles courthouse and carved an “X” in her forehead with other members of the Family to illustrate that they “had ‘X’d’ themselves from our world,” as Manson proclaimed. Her father Deane Moorehouse also became a devote follower of Manson and his life continued a downward spiral leading him to various arrests and prison, and continual violations of Parole until he died on May 22, 2010.

Ruth Ann was eventually charged with Conspiracy to Commit Murder from an incident where she accompanied another family member, Barbara Hoyt, to Hawaii and laced a hamburger with 10 hits of acid in an attempt to overdose her. The incident became known as the “LSD-Laced Honolulu Hamburger.” Ruth left Hoyt in Hawaii, expecting her to die, while she returned on a flight to California. However, Hoyt was hospitalised and lived through the incident.

Ruth, known to the Manson followers as “Ouisch” along with the four other family members who were involved in the planning of the Hamburger incident, Lynette “Squeaky” Fromme, Catherine “Gypsy” Share, Steven “Clem” Grogan and Dennis Rice, were all prosecuted with the charges reduced to Conspiracy to Dissuade a Witness from Testifying, with all five being convicted. They were all given 90 day jail sentences; Ruth Ann never served her sentence fleeing to Carson City, Nevada.

Ruth Ann Moorehouse moved to Minnesota, received plastic surgery to remove the “X” from her forehead, changed her name, married a successful business man, and had three children.