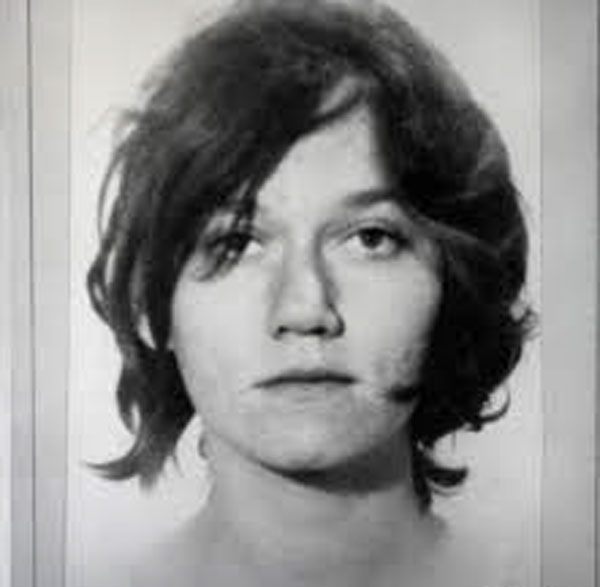 Madeline Joan Cottage was born on May 27, 1946. Her birthplace is unknown.

Madeline Cottage joined the Manson Family when she was 23 years old and was arrested in both of police raids at Spahn Ranch and Barker Ranch. Not much is known about her involvement that indicates her being a part of the closer Manson Family or what would be considered the “inner circle” such as with Sandra Good, Lynette Fromme and other main players; however on November 5, 1969 she was the girl sitting in bed with John “Zero” Haught when he supposedly shot himself playing Russian roulette at the home of Mark Ross, 28 Clubhouse Avenue, Venice.

Madeline was the only eye witness to that incident which many people doubt was a suicide, although when other Family members heard the gunshot they all ran in the room and corroborated her story; that when they entered she was sitting there in shock and without any other evidence to go on, Police had nothing more to do then record it as a suicide. Family members Catherine Gillies, Bruce Davis, and Sue Bartell told police that as soon they entered Madeline said:

While detectives were logging the evidence from the scene, it was found that Zero’s fingerprints were not found on either the revolver or the holster, indicating they had likely been whipped clean by someone after the shooting took place. In addition to that oddity, the gun was found to be fully loaded having a bullet in each of the chambers. Still, the death was still officially ruled a suicide, despite finding the contradictory evidence.

Madeline left the family not long after the shooting incident.

It is believed that she moved to Missouri with Bill Vance. According to chapter 26, in the updated book, “The Family“, Vance told authorities Madeline had been institutionalized by her parents in Pittsburgh.