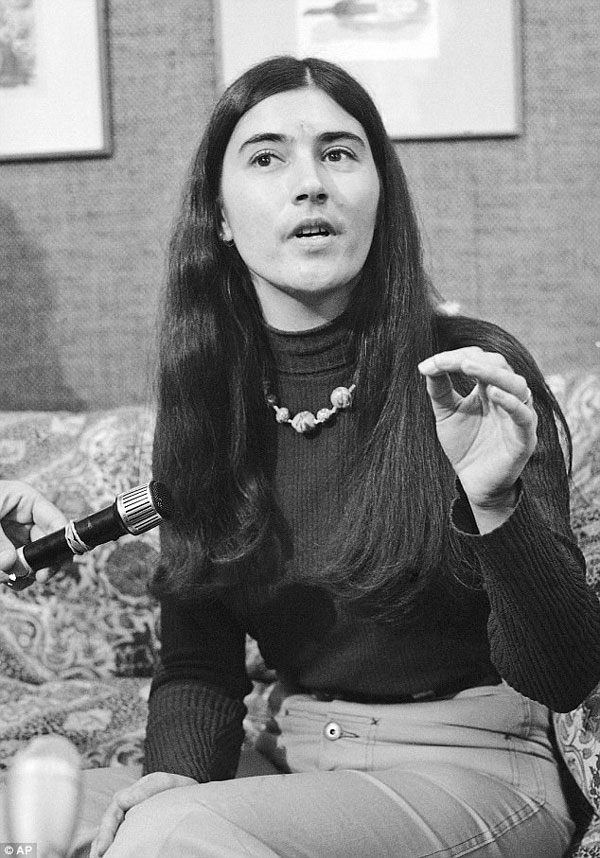 Catherine Louise Share was born on December 10, 1942 in Pairs, France. She was put up for adoption after both her parents committed suicide in order to avoid being taken by the Nazi’s.

Catherine Share was born on December 10, 1942 in Paris, France to a Hungarian violinist father and German mother. She was put up for adoption after both her parents committed suicide in order to avoid being taken by the Nazi’s. She was later adopted by a French woman who later married an American psychologist and the small family of three relocated to Hollywood California where Share graduated from Hollywood High School in 1961.

Her childhood after adoption was relatively normal until her adopted mother passed away from cancer and Catherine was then taken care of by her step-father who by that time had gone blind. She then dropped out of College and began wondering the state participating in the music scene as well as soft-porn films, one of which was titled “The Ramrodder” where Catherine played Cochina the Indian princess. There she met Bobby Beausoleil, also on the set for the film which took place at Spahn Ranch, shortly after becoming home to the Manson family.

Like many of the girls Manson lured into his family, Share found Charlie to be an all-knowing Christ like figure who seemed to have all the answers to life’s difficult questions. She became a devoted follower and acted as Manson’s chief recruiter finding vulnerable young girls, preferably pretty ones, who would help lure in more men and anyone who had access to their parent’s credit cards or money. She contributed to the recruiting of both Linda Kasabian and Leslie Van Houten among many others.

Although Catherine, nicknamed by Manson as “Gypsey”, was not involved in the Tate-La Bianca murders, she did find herself involved in several other incidents after-the-fact such as the attempted murder of Barbara Hoyt with the entire “LSD-Laced Honolulu Hamburger” incident; charges related to an attempt to keep Hoyt from testifying. Later she was involved in the robbery and shootout with police at a Hawthorne, California Western Surplus Store where weapons were the score for an event connected to a conspiracy to later hijack a Boeing 747 passenger jet and kill one hostage every hour until Manson, Watson, Krenwinkel, Van Houten, and Atkins were all released from prison. Catherine, Mary Brunner, as well as several others, were arrested.

After Share was released from her three-and-a-half year prison stint, she was involved in a credit card scheme which landed her back in jail until 1975 later getting married, becoming a born-again Christian and finally disavowing Manson entirely. She testified in a 2017 parole hearing for Leslie Van Houten telling the parole board that she like Van Houten, were not permitted to leave Manson’s cult and she herself was threatened with death if she tried to leave. At the hearing she revealed being regretful for persuading Van Houten to join the cult.

Catherine was said to have written a book which the rights were purchased by Paramount Pictures in 2008. She also speaks often on her involvement with the Family and has become an educator, counselor and victims advocate to those who are affected by cults.