Patricia Krenwinkel was convicted March 29, 1971 for her participation in the Tate/LaBianca murders 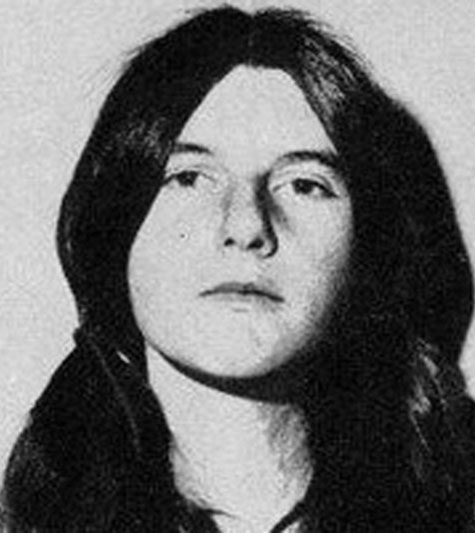 Patricia Krenwinkel was born on December 3, 1947 to an insurance salesman father and a homemaker mother. She was six and a half years younger than her half-sister Charlene, from her mother’s previous marriage.

Her teenage life in Los Angeles left much to be desired. At one point she was very overweight, and overcame it only after getting hooked on diet pills she got from her sister. However, even after she lost the weight, young Patricia Krenwinkel still felt very ugly and unloved. This was partly due to an endocrine problem that caused an excess of hair on her body. She lost her virginity at fifteen as a means of combating her loneliness, only to never hear from the boy again. To top it all off, her parents got divorced when she was seventeen.

After graduating from Westchester High School, Pat moved out of her mother’s home state of Alabama to attend a Catholic college there. She dropped out after her first semester and moved back to California. There she took a job as a secretary and shared a Manhattan Beach apartment with her heroin-addicted sister Charlene. Life was obviously less than ideal, and when Charlie Manson came knocking on her door she readily answered.

Life in The Family

One September night in 1967, Pat came home to find a group of her sister’s friends and acquaintances at the apartment, one of whom was a grubby little man with a guitar by the name of Charlie. Charlie immediately took an interest in the shy Patricia, perhaps sensing her vulnerability. The two of them made love that night and Manson told his young partner repeatedly how beautiful she was. Pat never heard anything like that from a lover before. She broke down crying, telling Charlie that she would follow him anywhere he went.

Which she did. With her father’s credit card in hand, she became the third girl to join the traveling caravan, after Mary Brunner and Lynette Fromme. The four of them headed up north to Seattle, where Pat (soon to be known as Katie) wrote her father a letter. Incidentally, it was the last Mr. Krenwinkel would hear from her for over two years.

Krenwinkel became one of Charlie’s most devoted followers. As such, she was one of the four, along with Tex Watson, Susan Atkins, and Linda Kasabian to go to the Tate house on the evening of August 8, 1969. Moreover, she was the most active female participant in the night’s events, stabbing Tate friend Abigail Folger numerous times before Watson finished the job.

Krenwinkel dragged Folger from her bedroom to the living room, fought with her, and stabbed her. Later she would say, “I stabbed her and I kept stabbing her.” When attorneys asked how she felt, she replied, “Nothing–I mean, what is there to describe? It was just there, and it was right.”

The next night Charlie dropped Tex, Katie, and Leslie Van Houten off at the Waverly Drive home of Leno and Rosemary LaBianca. Katie, perhaps now fancying herself an accomplished murderess, stabbed Mrs. LaBianca over and over again and wrote “witchy” messages in blood on the wall. To top things off, she stuck a carving fork in the dead Leno’s stomach, tweaked it, and watched it wobble back and forth. She used the fork to carve the word “WAR” on his chest.

Not long after the murders, Charlie sent Katie to live with her aunt in Mobile, Alabama. It was there, in December 1969, that police arrested her for her part in the Tate-LaBianca murders. For a while she tried to fight extradition to California, but gave up when fellow Family members persuaded her to be tried along with Charlie. The court sentenced her to death in 1971. Krenwinkel remained loyal to Manson for years after that. In a 1978 interview with author Clara Livsey, Sandra Good proclaimed that “she is still with us.”

“We were just like wood nymphs and wood creatures. We would run through the woods with flowers in our hair, and Charles would have a small flute.” – Patricia Krenwinkel

Krenwinkel spent much of the trial drawing doodles of devils and other satanic figures. Eventually Pat did separate herself from Charlie and became a model prisoner. She hasn’t had a write-up in over fifty years in prison. She also now comes across as perhaps the most genuinely remorseful of the three women. Krenwinkel remains incarcerated at the California Institute for Women in the Chino district of Corona, California.

In a 1994 interview with Diane Sawyer, she said:

“I wake up everyday knowing that I’m a destroyer of the most precious thing, which is life; and I do that because that’s what I deserve, is to wake up every morning and know that.” – Patricia Krenwinkel

Discuss this topic in the new Patricia Krenwinkel forum.

This website uses cookies to improve your experience while you navigate through the website. Out of these, the cookies that are categorized as necessary are stored on your browser as they are essential for the working of basic functionalities of the website. We also use third-party cookies that help us analyze and understand how you use this website. These cookies will be stored in your browser only with your consent. You also have the option to opt-out of these cookies. But opting out of some of these cookies may affect your browsing experience.
Necessary Always Enabled
Necessary cookies are absolutely essential for the website to function properly. This category only includes cookies that ensures basic functionalities and security features of the website. These cookies do not store any personal information.
Non-necessary
Any cookies that may not be particularly necessary for the website to function and is used specifically to collect user personal data via analytics, ads, other embedded contents are termed as non-necessary cookies. It is mandatory to procure user consent prior to running these cookies on your website.
SAVE & ACCEPT