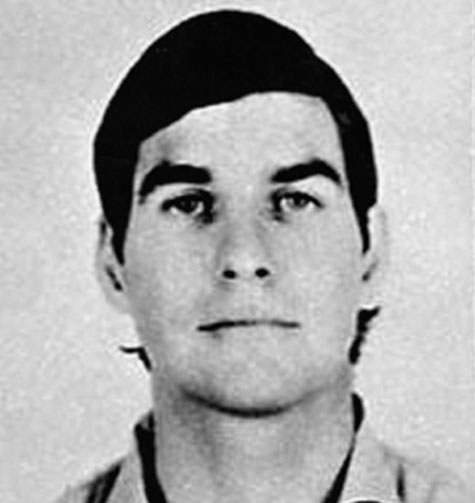 Charles Tex Watson was born December 2, 1945 in Dallas, Texas. Watson was convicted of seven counts of first degree murder and one count conspiracy to commit murder.

Charles Tex Watson is the primary killer in the Tate-Labianca murders. He was born December 2, 1945 in Dallas, Texas. Watson was an “A” student in high school. He held the state record in the low hurdles. According to his uncle, Watson’s problems started when he began taking drugs in college. In 1966, he dropped out of college and by the next year he was in California, using and dealing drugs. One of Charles Watson’s former neighbors in Collin County, Texas described him as “the boy next door.”

Watson joined the “Family” in 1967, and soon became Manson’s right-hand man. Family member Al Springer told police that “Charlie and Tex are the brains out there” on the ranch. Springer described Watson as “just like a college student.” He said Watson “kept his mouth shut” and enjoyed working on dune buggies.

In August 1969, Watson became the principal killer in the Tate-LaBianca murders. Announcing his arrival at the Tate residence, Watson said:

“I am the Devil and I’m here to do the Devil’s business.” – Charles Watson

“Boy, it sure was helter skelter.” – Charles Watson

Watson returned to McKinney, Texas after the Tate-LaBianca murders. He was arrested in Texas on November 30, 1969, after local police were notified by California investigators that his fingerprints were found to match a print found on the front door of the Tate home.

Watson fought extradition to California long enough that he was not included among the three defendants tried with Manson. Instead, Watson went on trial separately in August 1971. His defense attorneys produced eight psychiatrists to prove the glassy-eyed Watson was insane at the time of the murders–or at least suffered from severely diminished capacity. On the witness stand, Watson tried to portray himself as Manson’s unthinking slave. (He also testified that the victims at the Tate residence were “running around like chickens with their heads cut off.”) The jury convicted Watson of first-degree murder.

On October 12, 1971, Watson was convicted of seven counts of first degree murder and one count conspiracy to commit murder. Watson’s last parole hearing was in November 2016 which was his 17th denial for parole although received just a five-year denial. His next scheduled parole hearing is in November 2021.

Watson resides at the Mule Creek State Prison in Ione, California, has renounced Manson and expressed “deepest remorse” to his “many victims.” In 1975, Watson became a born-again Christian and in 1978 he co-wrote a book, Will You Die For Me?

In 1983, Watson became an ordained minister, and founded his own prison ministry, Abounding Love Ministries. He married a woman named Kristen Svege and due to California’s conjugal visit laws at the time, was permitted to conceive four children, Josh, Adam Ben, and Mary. Watson has maintained that he personally killed Sharon Tate and takes full responsibility for all seven of the murders.

Discuss this topic in the new Tex Watson forum.