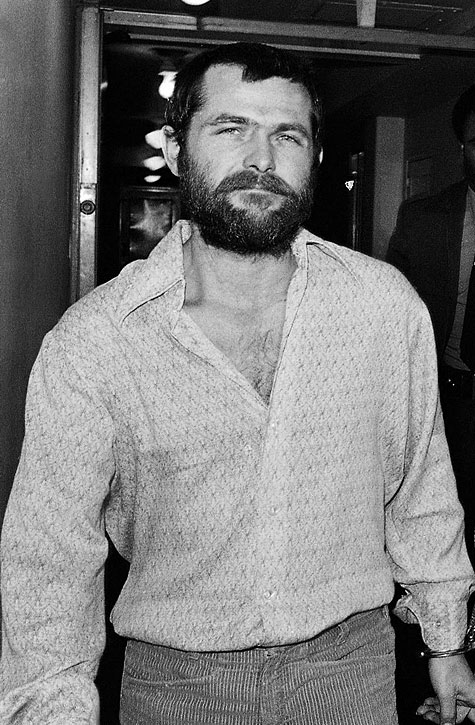 Bruce Davis, born in Monroe, Louisiana on October 5, 1942, was a member of Charles Manson’s cult and was convicted of taking part in at least two of the killings in 1969.

Bruce Davis, born in Monroe, Louisiana on October 5, 1942, was a member of Charles Manson’s cult and was convicted of taking part in at least two of the killings in 1969.

Although Mr. Davis was not involved in the infamous murders of the actress Sharon Tate and six others in Los Angeles, he was convicted of helping kill associate Gary Hinman and later, Donald Shea, who lived and worked at Spahn Ranch.

Davis grew up in Mobile, Alabama, and was the younger of two children. After high school Davis attended college in Tennessee, then dropped out and moved west where he became immersed in the hippy culture. He first arrived in California in 1962, and did construction work to earn a living. Davis became a Charles Manson follower in September 1967.

Davis, who, like Manson, was interested in Scientology, was present when Charles Manson sliced Gary Hinman’s face and ear during the three day incident which subsequently led to Hinman’s death. Davis was the final member of the family to face trial for the murders and reportedly turned himself in on December 2, 1970, only after Charles Manson ordered him to do so.

Davis is currently serving a life sentence for the conviction of two counts of first-degree murder, conspiracy to commit murder and robbery. He became a born-again Christian behind bars, married, fathered a child, and earned a doctoral degree in philosophy of religion which he uses to minister to other inmates. He resides at the California Men’s Colony in San Luis Obispo, California.

His next parole hearing is scheduled for 2027.

Statement from Parole Hearing of Davis in 2012:

“We were at the ranch early in the morning. Manson came down, said ‘We’re going to kill Shorty.’ I said ‘What for?’, ‘Well, he’s a snitch.’ Charlie is there, Bill Bass is there. He says ‘You guys take him. Ask him to take you down the hill to get some car parts and, and kill him on the way down the hill’. “I was in the car when Steve Grogan hit Shorty with the pipe wrench. Charles Watson stabbed him. I was in the backseat with… with Grogan. They took Shorty out. They had to go down the hill to a place. I stayed in the car for quite a while but what… then I went down the hill later on and that’s when I cut Shorty on the shoulder with the knife, after he was… well, I don’t know… I… I don’t know if he was dead or not. He didn’t bleed when I cut him on the shoulder.”

“When I showed up, you know, he was… he was incapacitated. I don’t know if… you asked if he was unconscious, I don’t know. He may or may not have been. He didn’t seem conscious. He wasn’t moving or saying anything. And it started off Manson handed me a machete as if I was supposed to… I mean, I know what he wanted. But you know, I couldn’t do that. And I… in fact I did touch Shorty Shea with a machete on the back of his neck, didn’t break the skin. I mean I just couldn’t do it. And then I threw the knife.. and he handed me a bayonet and it… I just reached over and… I don’t know which side it was on but I cut him right about here on the shoulder just with the tip of the blade. Sort of like saying ‘Are you satisfied, Charlie?’. “And I turned around and walked away. And I… I was sick for about two or three days. I mean I couldn’t even think about what I… what I had done.”